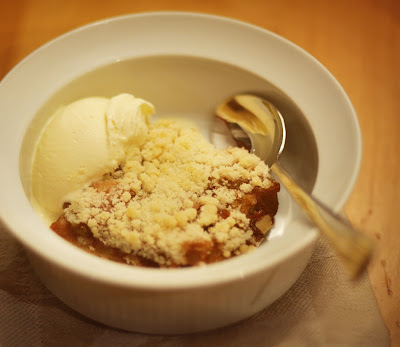 Do you have an abundance of zucchini?

I saw this recipe demonstrated on a local television news show.

Two days later, when Dr. Gardens-For-Fun * offered us some freshly picked zucchini, I knew it was fate stepping in, telling me to bake.

We served this to a sister-in-law who enjoys an apple dessert or two (ask her what she did when Costco stopped making the Caramel Apple Pie). I waited until she had tried it and liked it and then I dropped the bomb.

Try this with your family and friends. If you don't tell them it's zucchini, they'll never guess.

Filling:
Peel zucchini and scoop out seeds (scoop out all of the softer center--I used a soup spoon and scraped until I got to the firmer flesh). Cut into bite size pieces. Measure out six cups.
In a saucepan, combine zucchini, applesauce, and lemon juice. In a small bowl, combine 1/2 cup to 3/4 cup sugar, cinnamon, nutmeg and cornstarch. Add to zucchini. Heat over medium heat until thickened, stirring constantly.

Crust and topping:
Combine flour, 1 cup sugar and salt. Using a pastry cutter or two sharp knives, cut butter into flour until butter is about the size of peas. Press half of this mixture into a 9 by 13 inch pan. Don't worry that is VERY dry. It will come together as a nice crust. Bake at 350 degrees for 15 minutes.
Remove from oven and top with the hot filling. Sprinkle the remaining flour mixture over the zucchini mixture. Bake 30 to 35 minutes, or until golden brown.
Serve hot with vanilla ice cream.

I think this recipe was made for me! I just picked 8 HUGE zucchini from our garden and we all know how much I love a good apple crisp;) We'll definetely be trying this one! Thanks Megan!

The "Zapple Crisp" looks delicious and a great way to use up the zucchini. I just picked another huge one from my garden and love this Mock Apple Pie idea. Thank you for the great idea:) My Mom loves looking at your recipes too-you have another fan.

I just scrolled though this entire blog, and I'd come across something and think "I've gotta make that" but then keep going...and pages later not remember what it was I wanted to make, cause I said it 5 more times. I think you need to do a blurb book- where you can convert your blog into a book- and sell it.

Lisa Marie,
Aren't you nice.
We should be friends.

And the sesame cream cheese doesn't melt. It just gets warm and tasty. Try it some time. 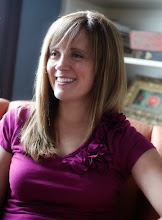 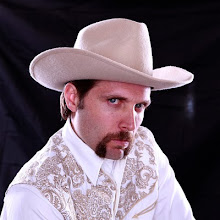